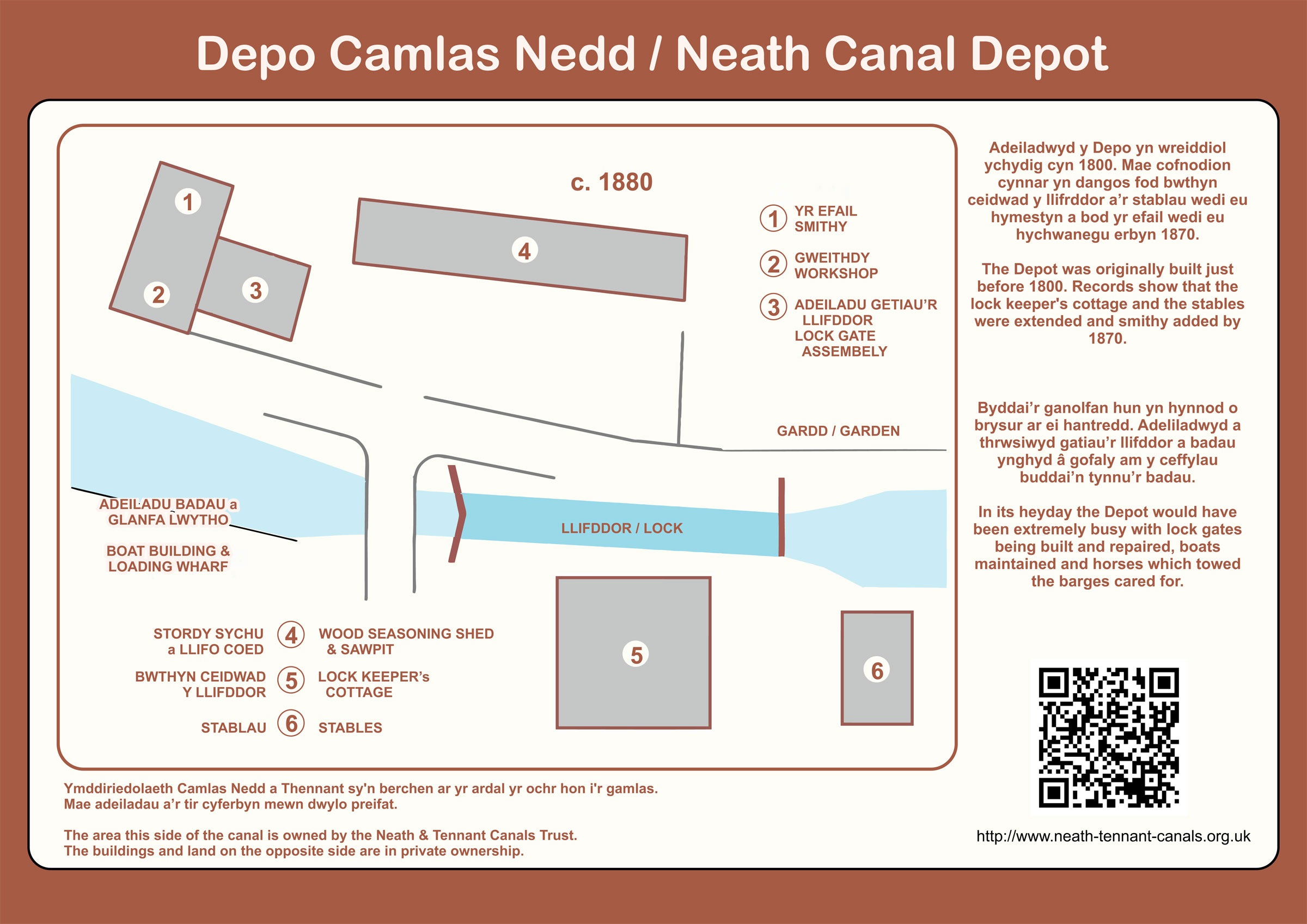 The Neath Canal was begun in 1791 and was opened in 1794. A depot for servicing and maintaining the canal was essential to ensure that boats moved without any delay. This depot is the most complete remaining of any of the South Wales canals.

The workshop is probably late C18 or early C19 and is shown on the Llantwit-Juxta-Neath Tithe map. The smithy is first shown on the 1870s Ordnance Survey on which a projecting area is shown in front of the workshop. The forge bellows were powered by a waterwheel attached to the end of the smithy and fed by a leet taken across the canal alongside the bridge with water from the waterfall alongside the managers house.
All sorts of repairs would be undertaken to boats but only one boat was built here, the Ivy May which is now in the Museum of Wales but not unfortunately on display.

Lock gates were made and repaired in the covered area adjacent to the stores and smithy.
The workshop was severely damaged in March 2003 by a fire caused by vandals. It was rebuilt according to a plan of 1886. 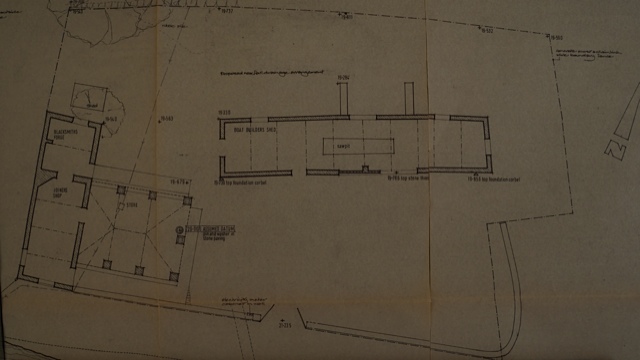 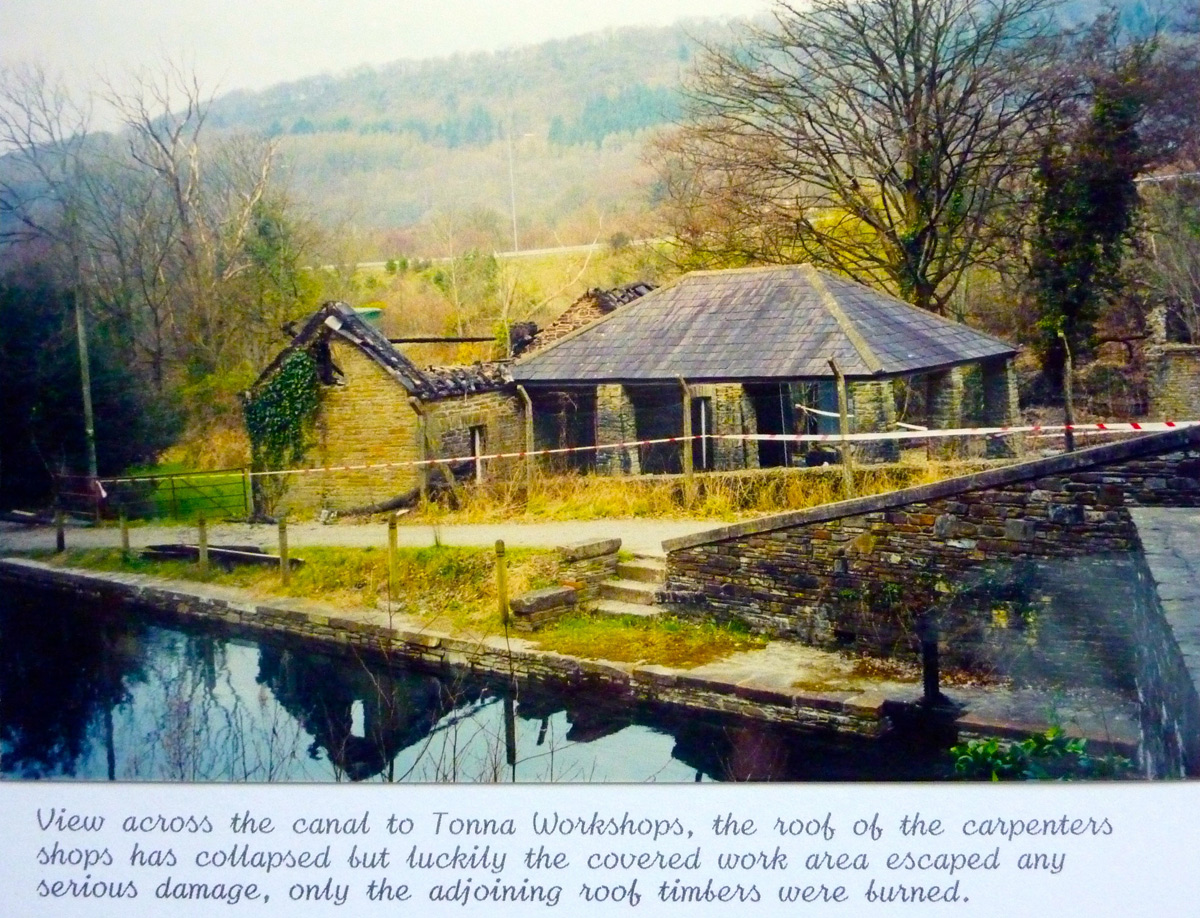