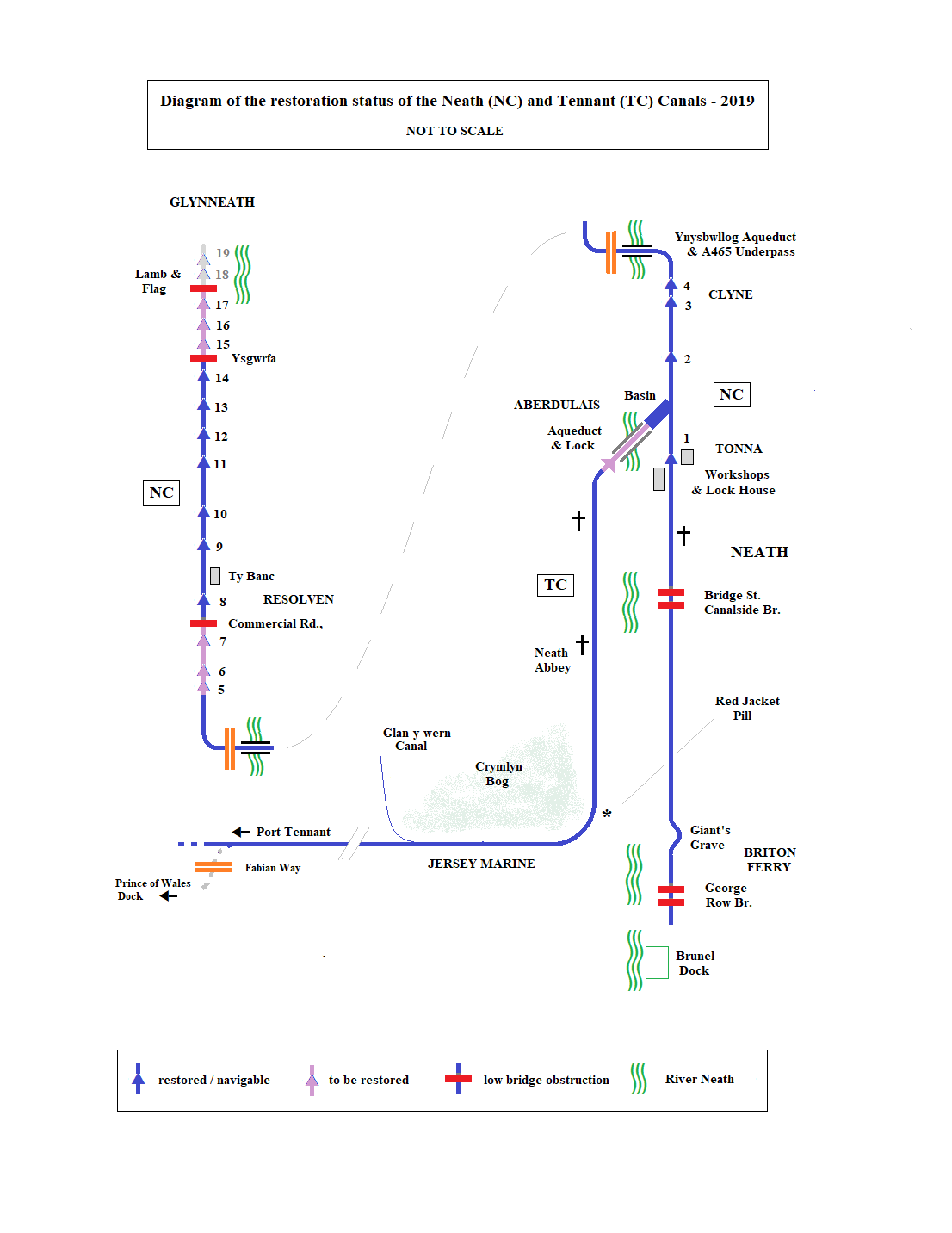 By the time the (then) Preservation Society was formed in 1974, all 19 of the locks on the Neath Canal were derelict. Locks 18 and 19 in Glynneath had been buried under the foundations of a roadway and locks 15, 16 and 17, whilst still evident, had been significantly affected by another road improvement scheme. In addition road-bridges at Lamb & Flag, Ysgwyrfa, Resolven, Neath Town Centre, and Giant’s Grave had been lowered and are yet to be modified to allow navigation

Whilst maintained as a water-course on the southern section below Resolven , the northern section had become overgrown with vegetation and the canal-bed silted. Both the Ty Banc lengthman’s cottage and the Tonna canal workshop complex were in a dilapidated condition.

On the Tennant Canal, its course approaching the docks in Swansea had been severed by the creation of a dual carriageway whilst the Aberdulais Aqueduct and Lock were disused and derelict. The interchange basin between the aqueduct and the junction at the ‘Skew Bridge’ was also overgrown and silted.

The following represents a chronological account of the restoration of the canals by the Trust in partnership with the canal owners and other organisations, notably Local Authorities.

In 1992, the section of canal between Tonna and Abergarwed became heavily polluted by a mine-water discharge. Remedial measures including the construction of a treatment plant and reed bed at Abergarwed to treat the discharge proved successful.